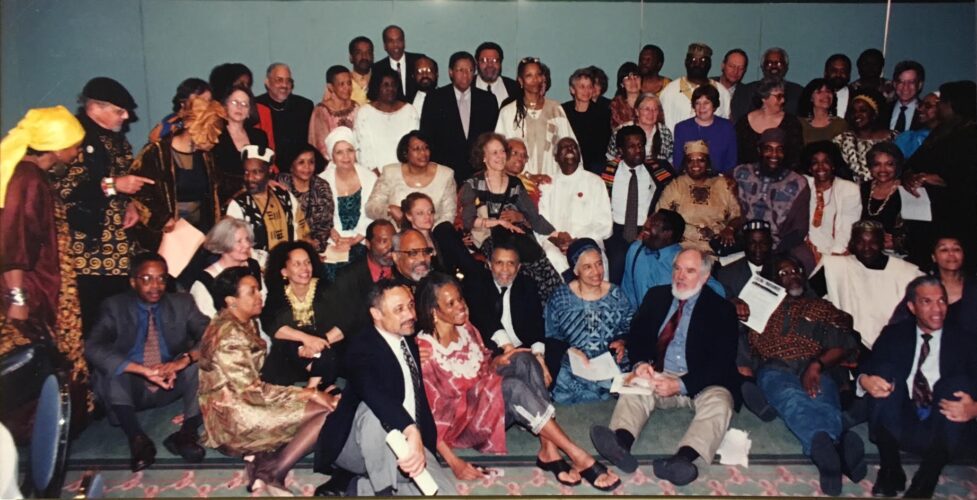 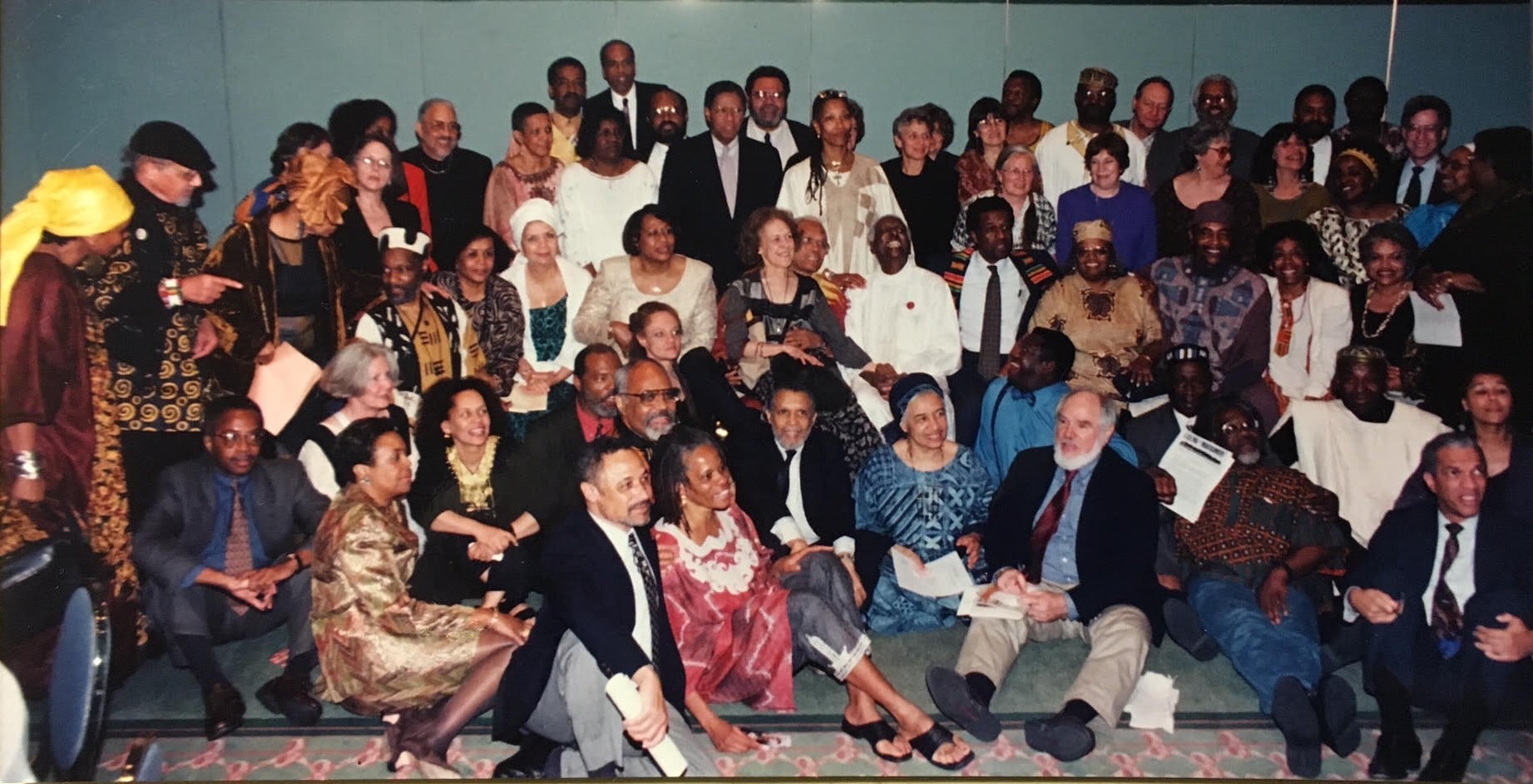 A. Rap Brown Becomes Next SNCC Chair after Carmichael, 1967 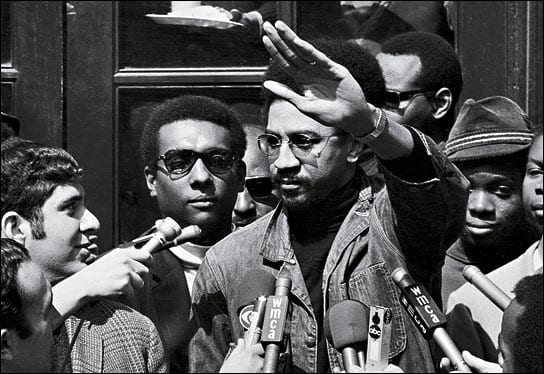 Almost immediately, Brown became an FBI target. He began his first speaking tour, which drew hundreds of young Black people, but tragedy struck shortly thereafter when two SNCC staff members, Ralph Featherstone and William “Che” Payne, were killed by a bomb that exploded in their car as they were on the way to pick up Brown near Bel Air, Md.

Brown concluded that the bomb was meant to kill him, so he disappeared and went “underground” for 18 months to avoid being killed. Eventually, the FBI found him, shot him, and imprisoned him for five years in Attica prison. While in prison, Brown converted to Islam and became Jamil Al-Amin. After his release, he settled in Atlanta’s West End with his wife Karima, formed a Muslim community, and was credited for ending a crime wave in his local area.

In March 2000, Al-Amin was falsely arrested in Atlanta and convicted two years later of killing a sheriff’s deputy. Although another man, Otis Jackson, confessed to the crime, the courts have refused to recognize his confession, and Al-Amin was sentenced to life in prison without the possibility of parole. He is presently serving his life sentence but attempting to get a retrial based on Jackson’s confession.

In 1970, Donald P. Stone, the late Atlanta Project staff member, described the Project’s frontal action on the U.S. military from the prison cell where he was serving a five-year sentence: 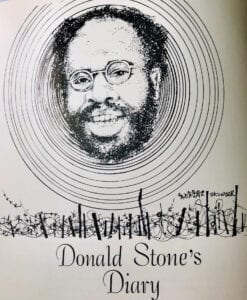 “The demonstration that resulted in this sentence I am serving occurred in August 1966. It was historical because not only was it SNCC’s first demonstration against the draft, but it preceded other massive demonstrations against the draft by 1½ to 2 years. About 30 people were involved on this particular day, with 13 being arrested. This demonstration represented a direct frontal attack upon the involvement of the country in Vietnam and also attacked the involvement of Black men in America’s imperialist wars and sought to get Black youth to say in a collective voice, ‘Hell No, We Won’t Go!’

“Some of the most creative protest leaflets and literature came out of SNCC’s Atlanta Project during this period, done mainly by Dwight Williams. The climate in which all of this occurred is very important historically also. Stokely Carmichael had been elected chairman of SNCC, Meredith had been shot in Mississippi, and Black Power had been enunciated by Willie Ricks.

“There was intense and heated controversy in SNCC over the role of whites in the Black liberation struggle. Julian Bond had been ousted from the Georgia House of Representatives for denouncing the war in Vietnam. Behind those events and within this climate, the racist nature of the country was more clearly revealed. It was clear that the liberal establishment was out to destroy SNCC. Five of us are now pulling a total of 26 years as a result of this demonstration. The federal authorities were especially vicious; they completely fabricated a case against us.”[13] 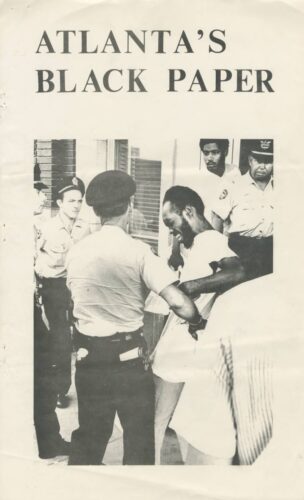 Staying focused on its work in the liberation struggle, SNCC staff hung on tenaciously, recognizing that the struggle continues  even though funds were almost gone.

Between late 1966 and early 1967, SNCC expanded its presence abroad by establishing a new International Affairs Office, headed by Jim Forman. The office became a leading voice for Black oppression in the United States and for the plight of oppressed people in the Third World, especially in Africa.

In 1967, SNCC was invited to participate in the Bertrand Russell Vietnam War Crimes Tribunal in Stockholm, Sweden. Courtland Cox represented SNCC at the tribunal, while Charlie Cobb and Julius Lester traveled to Vietnam on behalf of the tribunal to witness the atrocities of the war.

They reported their findings in “Letters from Vietnam,” which was published in the SNCC newsletter. Forman also spoke for the first time at the United Nations in 1967. His U.N. speech was reprinted in the SNCC publication, 1967: The High Tide of Black Resistance. A greatly re-energized Forman established the Pan African Skills Bank, which sent skilled Black people to provide self-help assistance in Tanzania and Zambia.

Under Forman’s leadership, the SNCC International Affairs Office became the first organization to call for sanctions against South Africa in 1968. The next year, Forman launched what was perhaps his most famous campaign, the “Black Manifesto.” Organized in coalition with the National Black Economic Development Fund, Forman disrupted the proceedings of a white ecumenical conference at Riverside Church in New York and presented the Manifesto’s demands of $500 million in reparations from the white religious establishment to address the inhuman conditions suffered by Black people in America. 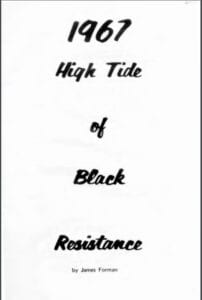 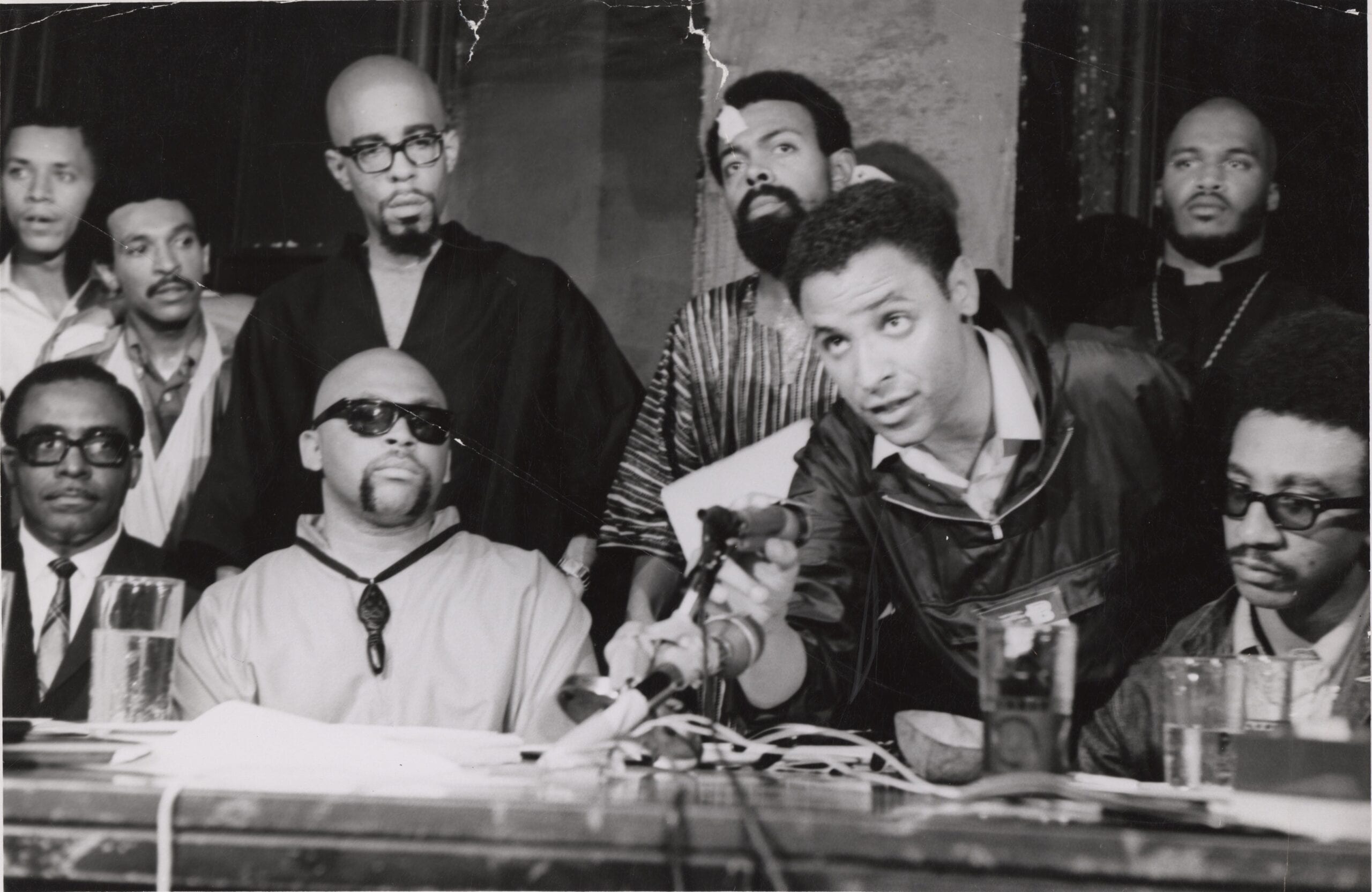 At its last staff meeting in 1968, SNCC abolished the position of chairman, fearing that the next chosen leader would just become cannon fodder for the police and FBI. Instead, a new structure was created with the position of program secretary replacing that of chairman. Philip Hutchings was elected to fill that position. In addition, five regional deputy program organizer positions were created to build working relationships with the new Black liberation organizations that had been formed since the 1966 call for Black Power. SNCC also decided to change its name, dropping the word “non-violent” and substituting it with the word “national,” thus keeping the “SNCC” acronym intact. The organization became known as the Student National Coordinating Committee.[14]

In Ready for Revolution, Stokely Carmichael summarized the organization’s four choices for survival:

Despite SNCC’s commitment to continue the struggle, its funding sources dried up. So, between 1969 and 1970, SNCC closed the national office in Atlanta and the international office in New York. But as Carmichael predicted, SNCC’s workers found other avenues of struggle, migrating to cities across the country. 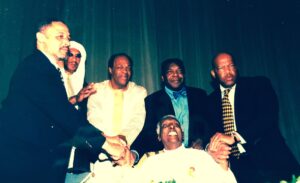 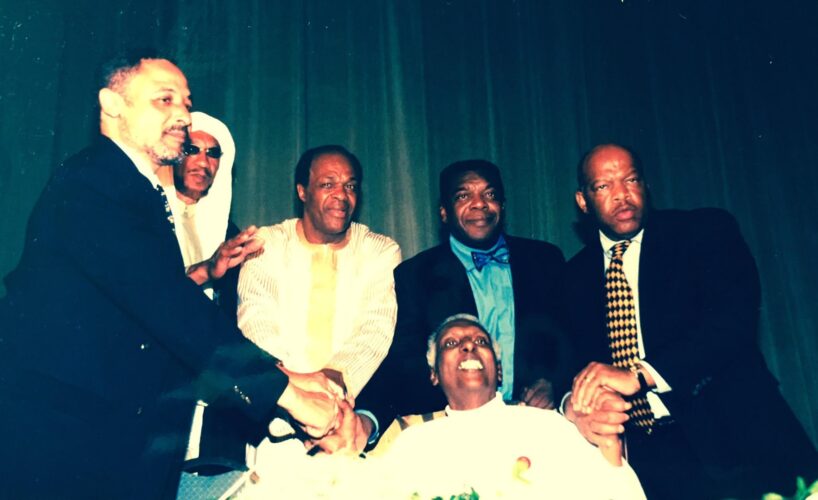 But the story does not end here. SNCC organizers from the Black Power movement migrated to cities across the country, including Washington, D.C., where at least a dozen SNCC veterans set up shop and joined with other activists of the Black Power and Black Arts Movements to create new political, educational, cultural, and media institutions. Their stories are captured in the oral histories and narratives collected over a period of five years by the Black Power Chronicles and presented on this website.