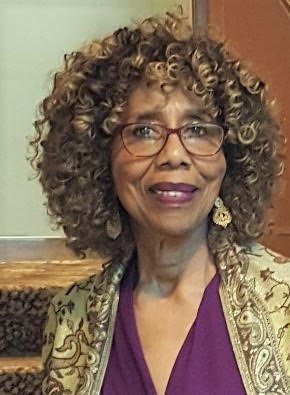 I was an enthusiastic listener of WHUR-FM before I joined the staff as Public Affairs Director in December 1974. Black Power was my cultural, political, and social identity, and WHUR gave me the space and platform to stay connected, informed, and involved, locally, nationally, and internationally.

Between 1966, when Stokely Carmichael (Kwame Ture) and Willie Ricks (Mukasa Dada) called for Black Power, and 1971, when the station went on the air, the geopolitics of the globe were shaken by movements for freedom, justice, liberation, and power. Oppressed peoples of Vietnam, Africa, and the Caribbean were rising up and demanding that their voices be heard—that their demands be met. The United States was no exception. Black Power had changed the political dialogue.

Locally, students at Howard University would push that institution into a central role in Black Power culture and politics. On March 21,1968, they led the first-ever building takeover on a U.S. campus, seizing the Administration building and boycotting classes to protest the University’s failure to respond to their demands for Black Studies programs. The University’s president, James M. Nabrit, Jr., resigned and was replaced by James E. Cheek, a “firebrand” who had previously presided over Shaw University in Raleigh, N.C. Under Cheek, the Howard University Student Association (HUSA) now had the resources to invite internationally renowned activists, revolutionaries, artists, and scholars to campus to address the cutting-edge issues of the day. 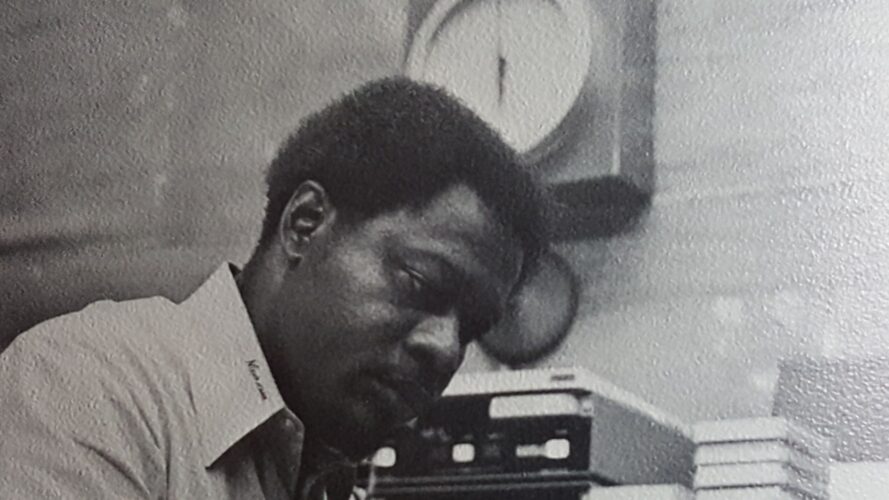 Most significantly, on December 10, 1971, at 6 p.m., Howard University went on the air with WHUR-FM 96.3, bringing dramatic change not only to radio, but to the Black Power/Pan-African movement within its listening area and beyond. The first song the station played was the “Negro National Anthem” performed by the Howard University Choir. The second song was “Shaft.”  With its “360 Degrees of the Black Experience” (Black World news, music, and information), WHUR was the only Black formatted FM station. The popular WOOK, WUST, and WOL stations were AM. WHUR was the only station on the air 24 hours, making it a beacon, attracting a large listenership. WHUR became the Progressive People’s Platform—the voice of the community. Activists who had been at the forefront of Black Power, progressive intellectual thought, and cultural and community activism were now WHUR’s general manager, news directors, news anchors, news reporters, editors and writers, public affairs directors, and music programmers. 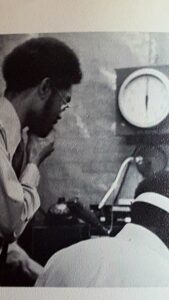 I tuned in to ’HUR to ground me, sustain me, feed my mind and soul. There were no playlists and music rotations, so programmers were free to play album selections interspersed with commentary that affirmed my sensibilities and worldview. They were the first Black station to offer a colorful cornucopia of jazz—classic, bebop, cool, progressive, avant-garde—and to play albums with segues and fades between tracks, eliminating those annoying scratchy breaks. They played The Four Tops’ “Still Water,” Stevie Wonder’s “Music of My Mind,” Marvin Gaye’s “What’s Going On,” Earth, Wind, and Fire’s (EWF) “Last Days and Time,” etc., etc., etc. Gil Scott-Heron’s “The Revolution Will Not Be Televised” became a “station anthem.”

I vividly recall the announcement of the African Party for the Independence of Guinea and Cape Verde (PAIGC) leader Amilcar Cabral’s assassination. Programmer Clint “Cedar” Walker touched me with his words, “Brothers and Sisters, these are the ‘last days and times.’” Then he played “Where Have All the Flowers Gone.” I was aware of PAIGC and Cabral because of the news and information that kept the pulse of and reported on Black politics, culture, movements, organizations, and activists globally, from the D.C. Home Rule Act and tenant organizing to the Angela Davis trial and the National Black Political Convention, to the liberation movements in Southern Africa, to Nixon’s bombing of Hanoi and Haiphong. For the first time, I was hearing Apartheid regimes reported as “white supremacist.” I was learning about the history and politics of the endless, confusing alphabet of African liberation movements: ANC, Frelimo, ZANU, PAC, SWAPO, PAIGC, MPLA, UNITA—the list is long.

“…the WHUR newsroom was an exciting place to be. We had a group of exciting reporters, including Milton Coleman, who went on to become assistant managing editor of The Washington Post; Jean Wiley, a SNCC veteran who interviewed national and international newsmakers; and Charlie Cobb, a civil rights activist and journalist who had lived in Africa and had even been to North Vietnam…They redefined news coverage in a way that authentically reflected WHUR’s broadcast philosophy…We took listeners from Southeast Washington to Southeast Asia. We felt that black people were interested in everything that was going on in the world…whether it was taking place in the U.S., Europe, Asa, or Africa.…So we had a D.C. beat at City Hall, a national beat on Capitol Hill, a State Department beat, a Maryland beat, among others, and something we called ‘Africa Roundup’…We had stringers in various countries in Africa, South America, and the Caribbean so that whenever a story broke just about anywhere, we would have a reporter on-site who would call in, whether it was the 1979 revolution in Grenada or the anti-apartheid movement in South Africa.”2Butler, Heidi. [Special Issue Guest Editor/Writer, Howard University BA, 1975.] “WHUR’s Signature Program. The Daily Drum. Kojo Nnamdi, Trailblazing Host (1973-1985).” Black Radio Exclusive Magazine, WHUR 40th Anniversary Salute Nov 2011, 1430: 34.

I also got “The Caribbean Experience” and “La Voz del Barrio” by tuning in to 96.3 FM, and I knew where to find businesses and services to address my needs, concerns, and interests as a community activist. I inhaled the culture. The station regularly featured poets, authors, visual artists, dancers, musicians, and actors, known and unknown for readings, performances, and/or in-depth interviews. WHUR was brilliant! It was a gift! 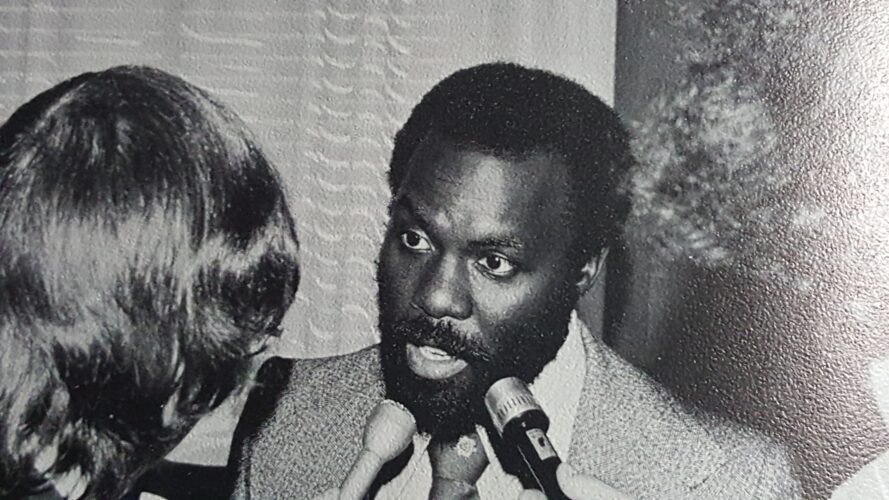 WHUR’s conceptual architect was founding director and general manager, Phil Watson, who was recruited by President Cheek to build a communications program at the University. Watson, the then-development director for the Pacifica Foundation, had come to D.C. as a lobbyist for public broadcasting and to defend the Pacifica license for the last remaining station in this market. He won, but the process was stalled. In the meantime, Washington Post president and board chair Kathryn Graham donated her FM station to Howard University. Watson accepted Cheek’s offer because “there was an international community. There was a national community. There was a regional community. And there was a local community…so I thought it would be a great idea if I could create a sound and a program that unified the Black experience across those layers.”3“Building the Dream. The Architects. Phil Watson: WHUR’s First GM. Creating a Sound and Making Waves.” Black Radio Exclusive Magazine. pp 25, 28. Watson would “find common ground with the Cheek administration in charting a course for the station that would break new ground as a commercial station owned by a university.”4Ibid.

Andre Perry, who worked with Cheek at Shaw University, was brought on board. Jim M. Watkins was recruited and given full authority to build the station and take it to 50,000 watts stereo. Watson also brought in Mark Randolph, Lovell Dyett, and Peola Spurlock to undergird the process… the infrastructure was now set. Among Watson’s first hires were former Howard University student activist (HUSA and UJAMAA) Norman Reid, who proposed and formulated the “360 Degree Black Experience” concept; Clint Walker; Charlene Watts; Bob “Nighthawk” Terry; Alfie Williams; Sister Kay Lindsey; Ted Roberts; Cato Whitley; Tom Jones; John Blake; the list is long. “Watson’s core staff of true believers brought their own talents and sensibilities to creating the sound and content of the new station.   In true Pacifica style, the programs were rolled out and on the air in breakneck speed…Watson’s inclusive community access to the WHUR airwaves also attracted many politically active listeners…from current and former civil rights activists to those involved in Diasporan politics….”5Ibid.

By 1974, when I joined the staff under the management of Tom Jones, WHUR was competing for ratings in a top D.C. market. The “360 Degrees of the Black Experience” yielded to the “Ebony Lifestyle,” and while the news and information clock was still abundant, it had been drastically cut back, and music was programmed to address the Arbitron ratings. I was still encouraged to carry on with the station’s commitment to community access and progressive programming. I added James Early and Loretta Hobbs to the long, impressive list of activists bringing news and information to our listeners. However, after Tom Jones resigned, the direction of the station led to its focus on becoming the leading commercial station in this market, leaving little time to continue on the trajectory that originally inspired me to join the staff. My tenure ended in 1980. The mantle for peace and justice radio transitioned to Pacifica’s WPFW-FM, on the air since 1977, and still alone in dedicated progressive programming and community service.  WHUR-FM 96.3 continues to be an innovative, forward-thinking station leading in 21st-century programming, technology, and community outreach. It remains a beacon among its peers.

Niani Montgomery Kilkenny is the former WHUR Public Affairs Director and Retired Director of the Program in African American Culture at the National Museum of American History, Smithsonian Institution