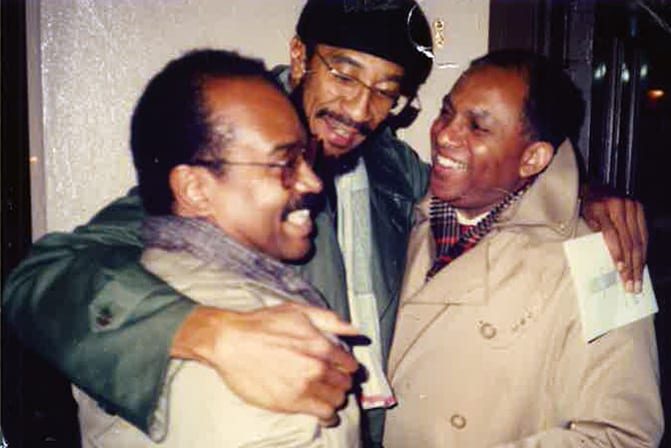 My friend, John A. Wilson (September 29, 1943 – May 19, 1993), was one of the most celebrated and influential elected officials in the history of Washington, D.C. He worked tirelessly to create programs and to provide assistance to help low-income and minority residents.

He was best known for his leadership in bringing about the D.C. Home Rule Charter in December 1973 that for the first time, gave D.C. residents the right to vote for their own mayor and 13-member city council. However, few people know that John’s dedication to assisting the poorest people of DC grew out of his longtime involvement in the Civil Rights and Black Power movements. John’s political outlook was molded by his early extensive involvement as a student activist, civil rights worker, and organizer with the Student Non-Violent Coordinating Committee (SNCC) during the 1960’s.

John grew up in poverty on Maryland’s Eastern Shore and attended The University of Maryland, Eastern Shore in the early 1960’s. He became active in the desegregation and voting rights actions taking place in Cambridge, Md., where legendary civil rights activist Gloria Dandridge Richardson was conducting a strong resistance movement against racism and social injustice in that part of eastern Maryland. Here, John first met SNCC workers and students from Howard University’s Nonviolent Action Group (NAG). John worked tirelessly to bring about the desegregation of public accommodations, the development of political strength through increased voting registration, and the improvement of the Black community’s living conditions.

In the mid-sixties, John decided to work full-time as a SNCC organizer, first heading up the SNCC office in Philadelphia, Pa., and later serving as a staff member at the national SNCC headquarters in Atlanta, Ga. 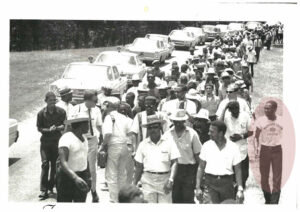 I first met John in 1966. We were both working as SNCC organizers: I was working with H. Rap Brown (Jamil El-Amin) in Greene and Wilcox counties in Alabama, and John was in Atlanta.

In 1969, John decided to join his SNCC colleagues in Washington, D.C., and work for political empowerment there. His first job in D.C. was as the legislative director for the National Sharecropper’s Fund, a non-profit advocacy group for migrant farm workers. In 1971, John worked as co-chairman for the successful campaign of SCLC activist Rev. Walter E. Fauntroy, who became the city’s first elected delegate to Congress. John also co-chaired the District of Columbia Democratic State Committee and was elected to represent D.C. at the 1992 Democratic National Committee in New York City.

Besides being active in the District’s Democratic Party, John served in 1974 as the chairman of the drive for the referendum to adopt the Home Rule Charter for the District of Columbia. The charter allowed residents to elect both a mayor and a 13-member city council for the first time in the city’s history. After approval of the charter in December 1973, John successfully ran for election to D.C.’s first City Council, representing Ward 2, which at that time was the most diverse ward in the city.

During John’s tenure as the Ward 2 council member, he chaired the Committee on Finance and Revenue and was widely acknowledged as an expert in municipal finances. His early warnings about government overspending proved prophetic. He represented Ward 2 for 16 years, and then he was elected to become city council chairman on January 2, 1991. John Wilson served as chairman until his untimely death in 1993.

John’s experience as an organizer in the Civil Rights and Black Power movements provided him a deeper understanding of the political realities facing the Black and poor, and helped him develop the understanding and skills necessary to utilize the electoral process for the good of the people. John used that process to create positive social changes in D.C. that improved the lives of residents and protected the most vulnerable and those most in need.

His philosophy is reflected in his advocacy for improved governmental service to all residents. It is also reflected in his legislative record, which included gun control, rent control, and expanded medical coverage for women and children. John was also a strong supporter of community-based organizations that worked to improve the quality of life in local neighborhoods. For example, the H Street Community Development Corporation was nurtured by John to be an advocate for their community. In his memory, the H Street Corporation still provides a John A. Wilson scholarship to a deserving youth from the H Street community.

As a testimony to the impact of his life and work, a grateful District of Columbia renamed the District Building—the city’s seat of government located at 14th and Pennsylvania Avenue, N.W.—the John A. Wilson Building in his honor.

It was my honor and privilege to have worked with John A. Wilson as his Associate from 1974 until his death.

Eric Jones is a SNCC veteran and Washington, D.C., community organizer in the H Street Corridor. He was Councilmember John A. Wilson’s longtime advisor and staffer during his work on Home Rule and the D.C. Budget.